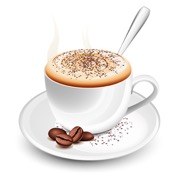 Coffee Break: The efficacy of Yoshinkan

You may have come across people questioning Aikido’s practicality in a ‘real’ situation. You might have seen comments on YouTube or someone you know saying, ‘Oh, Aikido doesn’t work in real situations… but what if this happened… what if that happened… oh, if you don’t do grappling or floor work or competition then you never know if it really works’. I often have these conversations with Brazilian Jiu Jutsu (BJJ) or Mixed Martial Arts (MMA) practitioners. Well, I’d like to share this story with you to quell the theorising, instil further confidence in you and offer ‘real’ examples of why Yoshinkan Aikido is an effective and practical system of self-defense (over and above all the other incidental benefits of health, wellbeing, community, confidence, strength, flexibility etc.).

Some of you might know Kaido. He has been training in Yoshinkan Aikido for many years and is a 4th Dan Black Belt. Kaido works as a security guard and is soon to join the Queensland Police Force (QPS) this year. He is of average height and weight, and in the security field looks like a ‘pipsqueak’ compared to many of the man-mountains he works alongside. Kaido’s work primarily involves controlling crowds as a ‘rover’ in bars, pubs, sports events, concerts and music festivals, among others. He frequently has to defend himself and others against violent attacks of all kinds – he is confronted by individuals and groups of attackers, and often needs to get in the middle of violent confrontations between others in order to subdue and remove people from the premises to be taken away by the QPS. In short, his job can be quite dangerous!

Kaido works alongside security guards that come from a variety of backgrounds. Some boxers, MMA and BJJ practitioners, and even other Aikidoka (Aikikai). Let me relay his experiences from the conversations we have about his work.

As a ‘rover’, Kaido constantly moves around the premises where he is working to quell conflict and keep the peace. However, as I mentioned above, he often finds himself in the thick of the ‘action’. In many instances when he is neck-deep in people hurling abuse, fists, kicks and all kinds of attacks at him, he turns to see which members of his team are with him controlling the situation. What he sees is very interesting. The boxers and Kaido are often left to fly solo in the violent confrontations while the MMA, BJJ and Aikikai guards remain on the fringes setting up a perimeter of safety for others. (This is why he is given the role of ‘rover’, much to the astonishment of many when they see his size. And, the others are stationed in areas less volatile.) When Kaido asked the BJJ and MMA guards why they don’t engage in the confrontations and control the situation – but leave it up to him – they respond with, ‘But we are not trained to deal with this… We don’t know what to do with more than one attacker… I am worried about going to the ground in these situations…’ In short, their systems of training haven’t prepared them, nor instilled in them sufficient confidence, for the fluid and varied nature of real violent confrontation. Kaido claims that his Yoshinkan Aikido skills adequately allow him to control people in any situation. He uses joint locks such as ikkajo, nikkajo and sankajo to remove people all the time and rarely needs to rely on atemi (striking), especially as he must be wary of litigation and only use reasonable force in the control of unruly patrons.

I must say that I am by no means saying Aikido is ‘the best’ and that everything else is rubbish. This is not my point. What I am saying is that Yoshinkan Aikido is a practical system of self-defense that when trained regularly will work in real, violent situations – Kaido is a good example to support this. So please take confidence in what you do and embrace the holistic nature of Yoshinkan Aikido.

In terms of other arts, I believe that we should try to avoid comparisons like ‘this is good for…’ and ‘so and so art is the best for …’ or even ‘so and so art is better because…’ One should search for the system that best suits them: their needs and their character – I know Aikido is my best fit and I have confidence in its efficacy! However, irrespective of the art one might practice, the practitioner’s approach, dedication and spirit are what counts most after all! If it is simply about fighting, we should ask the question, ‘how is this making me a better human being?’

2 thoughts on “Why Yoshinkan Aikido? Above all, because it works!”